Sherlock at a glance

What comes to mind when you hear the name Sherlock? If you said “intelligent” and “expert,” you’re describing us! As specialists in the development of innovative vehicle antitheft solutions, we’ve built an excellent reputation with our exclusive Intensive Antitheft Marking®. We’re also focused on the future, constantly seeking to forge new relationships with our customers and partners. 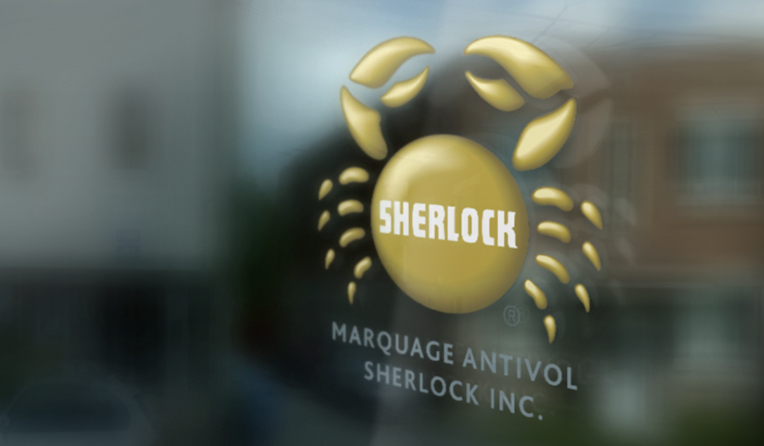 Over 1 000,000 vehicles now have Sherlock marking, making it the perfect time to reflect on our company’s success.

Company headquarters are built in Longueuil

Commerce magazine publishes an article about us

In a booklet on automotive security, Protégez-vous magazine and the GAA name Sherlock the # 1 antitheft system

Sherlock obtains European patents for its Intensive Antitheft Marking® concept and business methods, and applications for the same are pending in Canada and the U.S.

The company’s image and logo get a makeover

Sherlock wins the GRAND PRIX STRAT 2014 in the "services" category

Introduction of the Protector OBD and Sherlock 53

The Sherlock security company entrusted its most recent campaign to Bleublancrouge.

Sherlock commemorated its 30th year with an image makeover that complements our increasing visibility.

In our TV commercial, a would-be thief quickly decides to find a new target after finding the Sherlock golden crab on the vehicle he is about to steal.